Hearttrob has been here since the beginning, along with her half-sister Hayden. She was originally just a pasture friend for Hayden, but it was decided that she was not just going to sit out there. In the ring, she is a performance and halter llama, but back at home, she is our guarding llama. She is always the first to greet us, along with her current cria Hela. 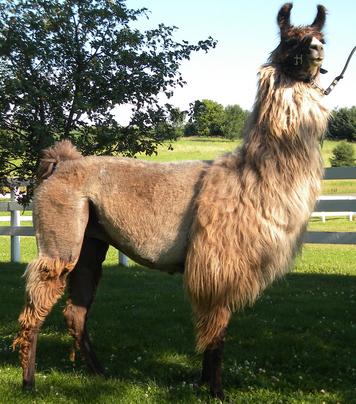